In the recent Court of Appeal case of Bennett (Construction) Limited v CIMC MNS Limited, the Court considered whether certain milestone payments in the contract were compliant with the Act. We have recently been advising a client in respect of milestone payments in a building services contract and it was very helpful to rely on this case – in our experience, there is frequent tension in contracts between milestone-based arrangements and the monthly valuation cycles.

Bennett was the main contractor designing and building a new hotel in London and CIMC was a sub-contractor providing prefabricated modular bedroom units, manufacturer in China. The contract was based on the JCT D&B Sub-Contract 2011 with amendments. The standard JCT payment provisions for interim payments were deleted and replaced by milestone payment provisions as follows:

(Note: the various sign offs included Bennet, the Employer and the hotel operator, who were third parties with no status under the contract.)

This contract was subject to the Act, which requires an adequate mechanism for determining what and when payments become due under the contract and a final date for payment in relation to any sum which becomes due.

Disputes arose as to whether the modules produced by CIMC were complaint with the specification, with Bennett alleging various defects in the modules. Consequently, milestones 2 and 3 were not signed-off. An adjudication concerning the validity of the milestone payments was decided in Bennett’s favour and CIMC took the case to the TCC. CIMC claimed that Milestones 2 and 3 (sign-off in China) and 4 (sign-off in the UK) did not comply with the Act on the basis:

These were credible arguments and the TCC held that the payment provisions relating to Milestones 2 and 3 were non-compliant because the provisions included a specified ‘sign-off’ process that was unclear in terms of the criteria and date for sign-off (Milestone 4 was found to be compliant). The TCC also considered that it was impossible to alter only Milestones 2 and 3 and ordered that paragraphs 2, 4 and 5 of Part II of the Scheme (amounts due and dates for payment) were to be incorporated, replacing Milestones 2-5. Therefore this meant that Bennett had to make interim payments to CIMC by reference to the value of the work carried out, rather than as set out in Milestones 2 and 3. Therefore, it was irrelevant whether the units had reached a stage of completion at which they could have been signed off. On any reading, this was a completely different commercial arrangement to that envisaged by the parties in the use of the Milestones.

The Court of Appeal overturned Waksman J’s fist instance decision and Coulson LJ held that the provisions relating to Milestones 2 and 3 (i.e. sign-off in China) did provide an adequate payment mechanism and were compliant with the Act. The Court concluded that the contract contained an adequate mechanism for determining what payments became due under the contract and when and noted:

Milestones 2 and 3 were not payments based on the value of any work performed. They were based solely on completion of a particular stage of the works. Coulson LJ stated that, by a process of elimination, paragraph 7 of Part II of the Scheme (‘Any other payment under a construction contract.’) applied and indeed was the ‘catch all’….the only provision that could apply to these Milestones. In his view, this approach made ‘commercial sense’- where a mechanism is inadequate due to there being no agreement as to timetable for payment, the timetable is provided by paragraph 7 (i.e. 7 days after completion). This would resolve any concern about the sign-off provisions in the Sub-Contract as payment is to be made after completion which is an objective test.

Coulson LJ noted that the Act was not designed to replace a workable payment regime which the parties had agreed and replace it with an entirely different regime. That could only happen where the regime which had been agreed was so deficient that wholesale replacement was the only viable option. The Court of Appeal is clear in its commitment to honour the payment regime actually agreed between those parties and to favour an emphasis on the agreed commercial payment framework.

Practical steps for a contractor

As ever, before entering into negotiations or agreement it is essential to understand the proposed contractual requirements in their entirety, including all those requirements and obligations ‘hidden’ in the various contract documents, such as the specifications and preliminaries. A contractor needs to:

One workable solution would be to draft the contract such that Milestones can be achieved during the course of the month, the value for which can be tied into the monthly interim valuation process, i.e. the value of the Milestone becomes part (or all) of the sum due, and the contract’s payment mechanism can work from there.

In summary, there is nothing wrong with Milestone payments – they can have many benefits – but the payment mechanism must be drafted so that the achievement of a Milestone triggers a sum due and final date for payment (with appropriate notices) and does not become unworkable such that some or all of the Scheme needs to be implied.

Belasco Associates would be pleased to offer advice on this or any other issues. 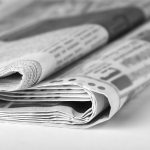